Scope of the Roundtable 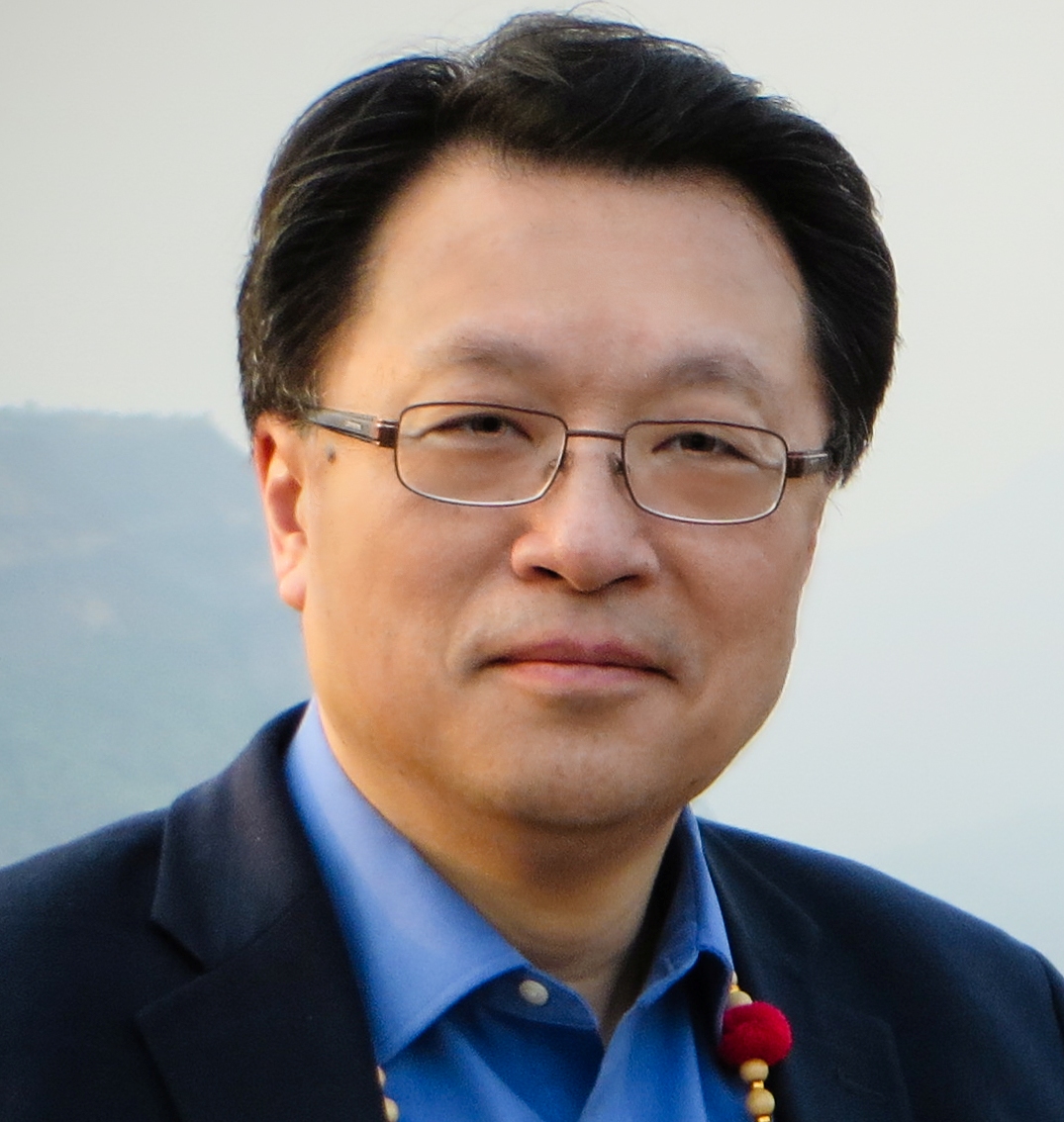 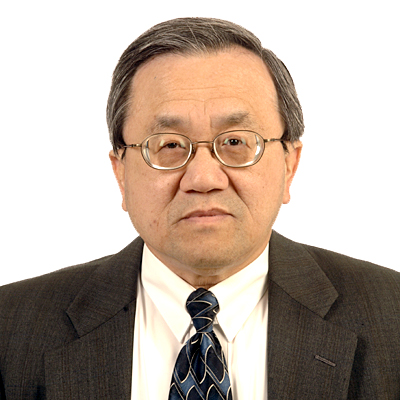 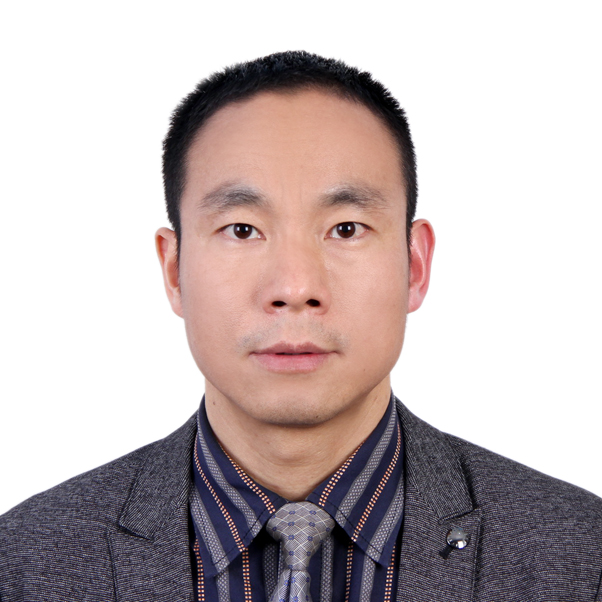 Monday, May 12 Presentations (All 9 Files Zipped):

He is a Certified Business Continuity Professional (CBCP) by the Disaster Recovery Institute International (DRII) and a Senior Member of IEEE.

Topic: Reliability Challenges for Emerging Technologies Based Networks - A Long Road to Standardization

There is a growing concern from the telecom community about the reliability of Emerging Technologies based (IP-based) telecommunications networks, including the services provided under failure condition. This presentation will give a quick historic perspective of the standardization efforts regarding the reliability of telecom networks from the conceptual perspective (from component to system to network level). Then, it will discuss the reliability issues for the Emerging Technologies (e.g., SDN, NFV, Cloud Computing, etc.) based networks and the industry’s challenge to maintain the momentum on by avoiding a protracted Reliability Standards’ effort.

David is currently, Vice President of Business Network & Corporate Solution IT, responsible for Global Service Assurance, Network Capacity Management, Field Operation Dispatching, and Business Billing Solutions at AT&T. He leads an organization with over 3,500 people across the globe.

Since joining AT&T Bell Labs in 1987, he served in various lead positions at AT&T. He holds 21 patents and has frequently appeared as a guest speaker at technical and leadership seminars and conferences throughout the world.

David is married with two Children, and currently lives in Dallas, Texas.

The following areas will be covered

Bob is an IEEE Fellow for contributions to ultra-reliable real-time embedded system, and a member of IFIP (international federation for information processing) Working Group 10.4: Dependability and Fault Tolerance.

This presentation begins with the fundamental concept of dependability developed by the dependability and fault-tolerance technical community. It is followed by the 777 FBW design philosophy for safety covering the common mode failure/single point failure, and the dissimilarity.

The command/monitoring concept for the self-monitoring computing channel of 777 Primary Flight Computer (PFC) is elaborated. The closed loop (monitoring) concept of 777 Actuation Control Electronics (ACE) is depicted. It is concluded by the concept and feature for fail-passiveness of the 777 PFC-ACE data paths.

With building blocks of fail-passive electronics, extremely high functional integrity and availability systems can be configured via hardware redundancy.

He pioneered research on optical burst switching (OBS) in 1997, and in addition, his work on integrated cellular and ad hoc relaying systems (iCAR) in 1999 is also recognized as the harbinger for today's push towards the convergence between heterogeneous wireless technologies, and has been featured in BusinessWeek and Wireless Europe etc.. He has published extensively with an h-index of about 60 (according to Google Scholar), and given more than a dozen of keynotes, and numerous invited talks on the above research topics. He also has 7 US patents and served as a consultant for several IT and Telecommunications companies since 2000.  His research has been funded by several major IT and telecommunications companies including Alcatel Research, Fujitsu Labs, Cisco, Google, NEC labs, Nokia Research, Nortel Networks, Sprint Advanced Technology Lab, and Telcordia.

He has and chaired and co-chaired a dozen of international conferences and workshops, and served on the editorial board for several leading IEEE journal. He was the chair of the IEEE Technical Committee on High Speed Networks (HSN) and the IEEE Subcommittee on Integrated Fiber and Wireless Technologies (FiWi) which he founded. He was elected to IEEE Fellow for his contributions to optical and wireless network architectures and protocols.

Cloud services may be disrupted by various failures ranging from very frequent small scale failures (such as a few isolated individual server/switch failures) to less frequent, yet non-negligible, large-scale failures (such as rack or cluster failures). With our growing dependence on cloud services for both commercial and personal use, their reliability and availability have become increasingly critical. Despite existing (mostly ad hoc) approaches to improving the cloud service reliability and availability, a recent report found that on average, a service outage lasts about 134 minutes, and these service outages cost about $426 billion of loss worldwide annually. In addition, existing SLAs are often loosely defined, and lack of reliability/availability guarantees has been cited as the top concern over cloud services among IT professionals in a 2012 global survey. In this talk, I will discuss both the challenges and opportunities related to service availability prediction, resource provisioning, and SLA contract design from the perspective of cloud service providers, and present our work on cost-effective solutions to problems ranging from creating survivable virtual infrastructures in a distributed multi-datacenter environment, to availability-aware VM placement/allocation.

Dr. Tortorella is a leading communications industry expert in reliability management, engineering, modeling, and life data analysis.  Over a 26-year career at Bell Laboratories he was responsible for research and implementations in fundamental system, network, and service reliability engineering methodologies as well as for management of reliability in such critical projects as the SL-280 undersea cable system, the world's first application of fiber-optic technology in an intercontinental, undersea system.  He played a major role in many AT&T and Lucent product reliability studies, culminating in the creation of CADRE, a reliability modeling system for circuit packs that encompasses circuit simulation, thermal analysis, and uncertainty modeling in a single package that is fully integrated with computer-aided design systems used for circuit pack creation.

Formerly a Distinguished Member of Technical Staff in the Design for Reliability Processes and Technologies Group in Bell Laboratories, Dr. Tortorella is now Managing Director of Assured Networks, LLC, a consultancy focused on network and service reliability and performance improvement.  He is concurrently a research professor of industrial and systems engineering at Rutgers University and an adjunct professor at Stevens Institute of Technology.  In addition to teaching courses in industrial engineering, operations research, and statistics, he maintains a robust research program that has direct impact on the concerns of the CQR.  This program includes investigations into how stochastic flows in an IP network determine the performance and reliability of services carried on those networks, modeling frameworks for control of IP networks under stressed conditions, and foundational issues in queueing theory.  Additional current research interests include stochastic flows, network performance, management, and control, stochastic processes and their applications to reliability, life data analysis, and next-generation networks, as well as design for reliability methods and technologies.  Dr. Tortorella has published extensively in these areas.  At Bell Labs, his responsibilities included systems and reliability engineering for next-generation networks.  He is Advisory Editor for Quality Technology and Quantitative Management, where he has worked to increase the number of publications pertaining to the communications industry.  He was formerly Area Editor for Reliability Modeling and Optimization for the IIE Transactions on Reliability and Quality Engineering and was Guest Editor of a recent issue on Reliability Economics.  He also served an Associate Editor of Naval Research Logistics and was Guest Editor for a recent issue on Computations in Networks.

Cloud services, including computing, data backup, file sharing, etc., are a major source of revenue for telecom providers.  They are often advertised as higher-reliability, safer, and more-secure alternatives to local storage and computing.  Service providers need to understand how their customers perceive the reliability of these services so that they can back up their claims and sensibly offer SLAs.  This presentation offers a practical perspective on how reliability of cloud services can be evaluated and managed through straightforward quantitative models.  We also point out some challenging problems that remain.

Gengui Xie joined Huawei in 1996 and has more than 20 years experience in telecom area, he is a leading expert on network management system and design for RAS( Reliability, Availability and serviceability). He now is VP of Huawei R&D  competence center, specially responsible for designing product architecture, reliability, serviceability, energy saving and emission reduction, technical planning and solution, etc.

Topic:  Design for the RAS challenges of NFV

The telecom industry is transferring from legacy network to NFV (Network function virtualization) , and it will bring profound changes for telecom industry. Among the challenges caused by NFV,  RAS (Reliability, Availability, Serviceability) will be critical issues should be solved before NFV’s commercial deployment. This presentation will introduce the new RAS challenges caused by NFV, the new technologies  we are working on and the latest standardization  progress of industry.

Brian has forty years of experience in the Communications, Media and Entertainment Industry. He began his career with British Telecom in 1970 where he became an executive engineer and received a sponsorship to attend Salford University where he obtained an honours degree in electronic communication in 1978.

From there Brian moved to the BBC and spent nine years with them working in all aspects of Broadcasting.  He then joined AT&T and became the Director of Network Services for the EMEA region.  At AT&T Brian led the deployment of the EMEA Interspan frame relay network and deployed AT&T's first IP backbones in EMEA and major Web hosting services in the region.

Brian was one of the co-founders of a $67million start-up company Aduronet which developed transformational network architecture.

In 2002 he rejoined BT as the Group Technology Officer for Service Strategy and Innovation and initiated BT Vision (IP TV), BT FON (Wi-Fi sharing) and many of BT's leading services of today.

In 2006 he joined HP as the CTO for their world wide $1bn software business in the Communications, Media and Entertainment sector.

Brian joined Juniper as VP & CTO for the Junos Applications Software Business in Jan 2012 and now holds the position of CTO for Juniper’s $1bn Service Provider business in EMEA.

In this presentation we explain the basic architecture and lifecycle associated with the ETSI NFV model and then using this context look at the implications from a reliability prospective.

We conclude with a short Summary

He has been an active member of IEEE. Currently he is the Director of Standards Development in IEEE ComSoc.  Dr. Mehmet Ulema has been involved in many international conference and workshops. He served as the Technical Program Chair of for the two premier ComSoc conferences: GLOBECOM 2009 and ICC 2006.  He also served as the General Co-chair of NOMS in 2008. ISCC 2012. Currently, he is serving as a General Co-chair of IEEE BlackSeaCom 2014.

Topic: Vulnerabilities and opportunities in the emerging network and service technologies such as SDN, NfV, and NGSON

After a brief discussion of emerging technologies and trends in networking and services such as SDN, NfV, NGSON, in general terms, the talk will focus on RAS related areas of these new technologies. Implications of OpenFlow in the face of existing routing protocols, insertion of RAS related features into OpenFlow, designing and building secure platforms with automatic failure recovery and fault tolerant features, self organizing capabilities, as well as vulnerabilities observed in the design and implementation of these technologies will be some of the topics to be discussed.

Chi-Ming Chen joined AT&T in 1995. His current responsibility is the operations support system (OSS) architecture. Prior to joining AT&T, Chi-Ming was with Bell Communications Research (Bellcore) from 1985 to 1995. He was a faculty member at Tsing Hua University, Hsinchu, Taiwan from 1975 to 1979.

Chi-Ming Chen is a senior member of IEEE and ACM. He is an Advisory Board Member of IEEE Communications Society (ComSoc) Technical Committee on Communications Quality & Reliability (CQR) and a member of the IEEE GLOBECOM & ICC Management & Strategy (GIMS) Standing Committee. He has chaired several GLOBECOM and ICC Industry Forums.